I have recently implemented a requirement in which we need Canvas to render watermarks in a site, and I hope to use this document to mark down how the plan was, and what we should concern about. For instance, because watermarks should be placed at the top of any element with a transparent background, how can we avoid its "capturing" users actions, like clicking, selecting, etc. Besides, we should also concern about how to calculate the position of each watermark, with configuring the position of its container. Certainly, the performance of Canvas is another problem, which we need a workaround.

When it comes to the compatibility of browsers, watermarks can only be supported over IE 10, as I have used pointer-event CSS property (Basic support at IE 11) and Canvas (basic support at IE 8). More details can be checked in the following list:

However, some basic APIs of Canvas are still not supported under IE8, like getting a drawing context with HTMLCanvasElement.getContext(). Finally, I will discuss compatibility around IE8.

To avoid blocking user actions, like clicking buttons, selecting text or scrolling, I have temporarily used a new CSS property named pointer-event, with setting it as none. However, this should not the best choice as it's only supported over IE 10, which can be disappointed for us. (If there is any other suggestion, please contact me.)

During the process of designing a watermark component, one the most important thing for me at that moment was to define its parameters, mainly used for describing what watermarks should be. As for this component, I totally defined 10 parameters for it:

The other four parameters were mainly used to describe the position of each watermark, as watermarks should be rendered repeatedly: ox, oy, ow, and oh.

Since that, we had known that there were four parameters to define the position, and the next step was to calculate the actual position of rendered watermarks according to theses parameters. This process was quite complicated for me to some extent, as I should know the behaviour of drawing in Canvas, especially when we need to rotate.

CanvasRenderingContext2D interfaces have provided a method named fillText() for developers to render text inside a Canvas, and it accepts three parameters during calls, among which the second and the third one mainly used to specify the position where you want to fill your text. What if passing zero to both, and we will find that the content does not render within the Canvas as expected, and you may ask whether the method does not work? Actually not. According to the official document, these two parameters have respectively described the coordinate of the point where to begin to draw the text, in pixels, but does not clearly tell us the point is at the left top or the left bottom. After some testing, I found that the so-called point was at the left bottom rather than the left top, which meant that I needed to specify a value with the height of current text line to adjust this behaviour. To help understand, we can check the following visual case, which has shown how the adjusted value works at the y-coordinate parameter:

The component was exactly designed as centre alignment, which can be optimized in the future by setting a parameter. But if we wanted to render a watermark in the centre of an area, which had already been defined with four positional parameters mentioned above, there were a series of calculations to work. Here I just post the formula and do not dig into why here, and if you have any questions for this equation, you can leave an issue in this project, or directly contact me with e-mails.

Then, with a clear formula, we can loop to draw now:

During drawing, we had handled two special cases. One was that a watermark with single colour could be easily eliminated visually by setting the background with the same colour, and the other one was that contents could be reduplicated in the same position while there were long contents. To avoid them, the first thing we did were to strike again with another colour, so that we could restore text even if the background colour was lost. Besides, translated pivot according to the current row, with a given distance like half of ox, had given us a great favour to solve the problem of reduplication as the following snippet is shown:

Certainly, after creating a new Canvas element with the script, context won't be ready to draw in some browsers, and I solved this strange situation by putting the logic into another event loop:

So far we have already known how to render watermarks with specifying the coordinate value after some calculations and to repeatedly draw. However, the limitation of Canvas has forbidden us from drawing steadily what if needing to generate watermarks on a long page. That is the reason that we still need to talk about the relationship between performances and spaces in the next session.

According to data researched on October 13rd, 2014, all tested browsers had limitations in terms of size of a Canvas element, and the maximum value was not different at all.

According to a guide under section "Know iOS Resource Limits", we know the following conclusion:

The limitation size all depends on strategies of different browsers, to avoid using too much local memory. In such a situation, we need to find a way to work around this limitation by giving up a few performances, and that is why we all said that we can not satisfy both performances and spaces at the same time.

In this watermark component, I have designed another parameter named "reserved ratio" to specify how many spaces we need more to do a trade-off. In theory, this so-called reserved area should be set with more than 2ox * 2oy size to guarantee that watermarks can full fill the whole window. Nevertheless, the lowest size should be more than 9ox * 9oy if we want to support iOS Safari. Therefore, 9 is our final choice for the ratio value.

Since we gave up some performances to work around this problem, we also needed to set the offset of the Canvas element to make sure that watermarks can be rendered synchronously as scrolling. By the way, we should take this situation into consideration, while the scrollable elements are different corresponding to x-coordinate and y-coordinate.

Oops, because of the pivot translation on odd rows, we should also need to ensure that checking position with a distance of even ox or oy.

Canvas is not completely supported Under IE8, and the only alternative is to generate watermarks by servers and render it with CSS. In this way, we may only need to generate an image wrapped in the centre of a container, as shown in the following figure: 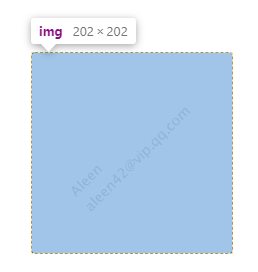 And then, we can repeat it with CSS easily by using background-repeat: 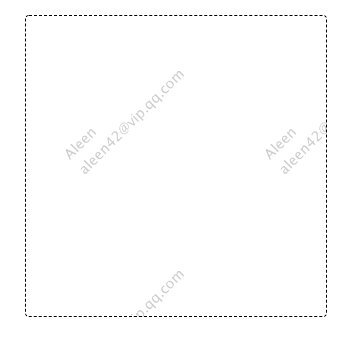 If you want to check the demo code written with java.awt, you can check the snippet here.

Watermarks are actually an interesting thing when we try to implement ourselves, and during the process of implementation, we can learn a lot of things, like solving some the problem of space limitations, or position calculations. If you want my source code, please wait for its releasing within a separate project later.