Prior detection systems repurpose classifiers or localizers to perform detection. They apply the model to an image at multiple locations and scales. High scoring regions of the image are considered detections.

Our model has several advantages over classifier-based systems. It looks at the whole image at test time so its predictions are informed by global context in the image. It also makes predictions with a single network evaluation unlike systems like R-CNN which require thousands for a single image. This makes it extremely fast, more than 1000x faster than R-CNN and 100x faster than Fast R-CNN. See our paper for more details on the full system.

YOLOv2 uses a few tricks to improve training and increase performance. Like Overfeat and SSD we use a fully-convolutional model, but we still train on whole images, not hard negatives. Like Faster R-CNN we adjust priors on bounding boxes instead of predicting the width and height outright. However, we still predict the x and y coordinates directly. The full details are in our paper soon to be released on Arxiv, stay tuned!

This post will guide you through detecting objects with the YOLO system using a pre-trained model. If you don't already have Darknet installed, you should do that first. Or instead of reading all that just run:

You already have the config file for YOLO in the cfg/ subdirectory. You will have to download the pre-trained weight file here (258 MB). Or just run this:

Then run the detector! 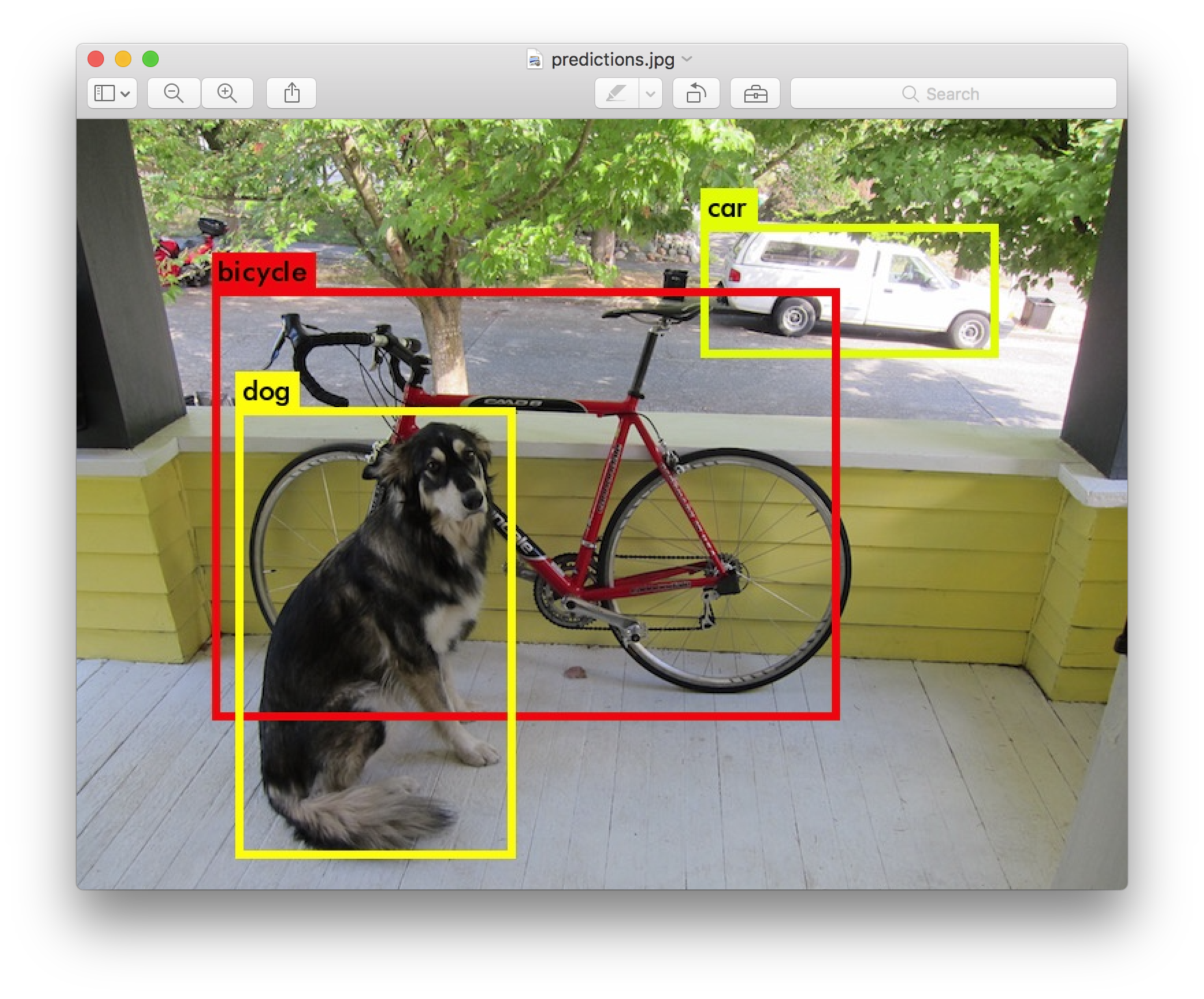 Darknet prints out the objects it detected, its confidence, and how long it took to find them. We didn't compile Darknet with OpenCV so it can't display the detections directly. Instead, it saves them in predictions.png. You can open it to see the detected objects. Since we are using Darknet on the CPU it takes around 6-12 seconds per image. If we use the GPU version it would be much faster.

The detect command is shorthand for a more general version of the command. It is equivalent to the command:

You don't need to know this if all you want to do is run detection on one image but it's useful to know if you want to do other things like run on a webcam (which you will see later on).

Instead of supplying an image on the command line, you can leave it blank to try multiple images in a row. Instead you will see a prompt when the config and weights are done loading:

Enter an image path like data/horses.jpg to have it predict boxes for that image. 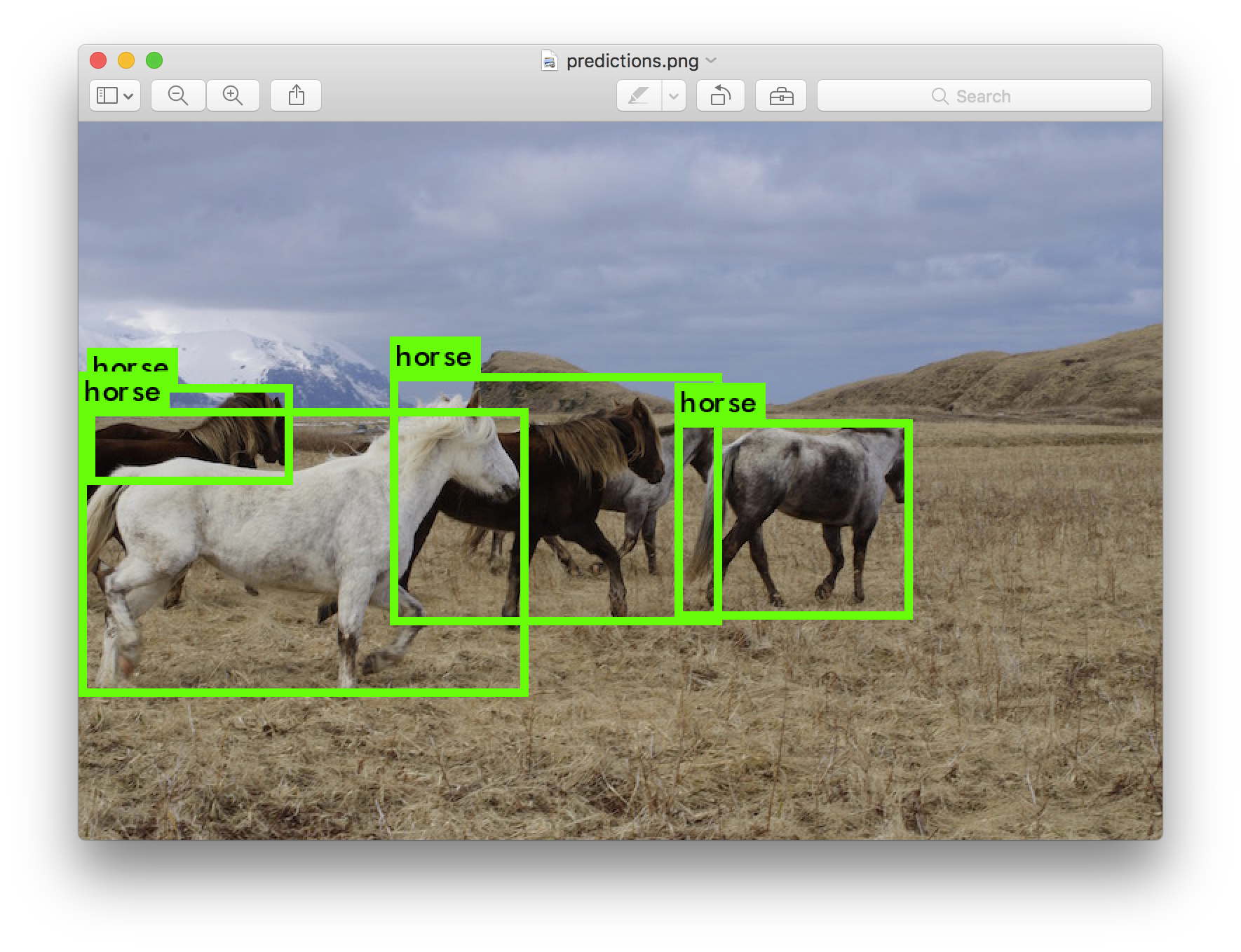 Once it is done it will prompt you for more paths to try different images. Use Ctrl-C to exit the program once you are done.

By default, YOLO only displays objects detected with a confidence of .25 or higher. You can change this by passing the -thresh <val> flag to the yolo command. For example, to display all detection you can set the threshold to 0: 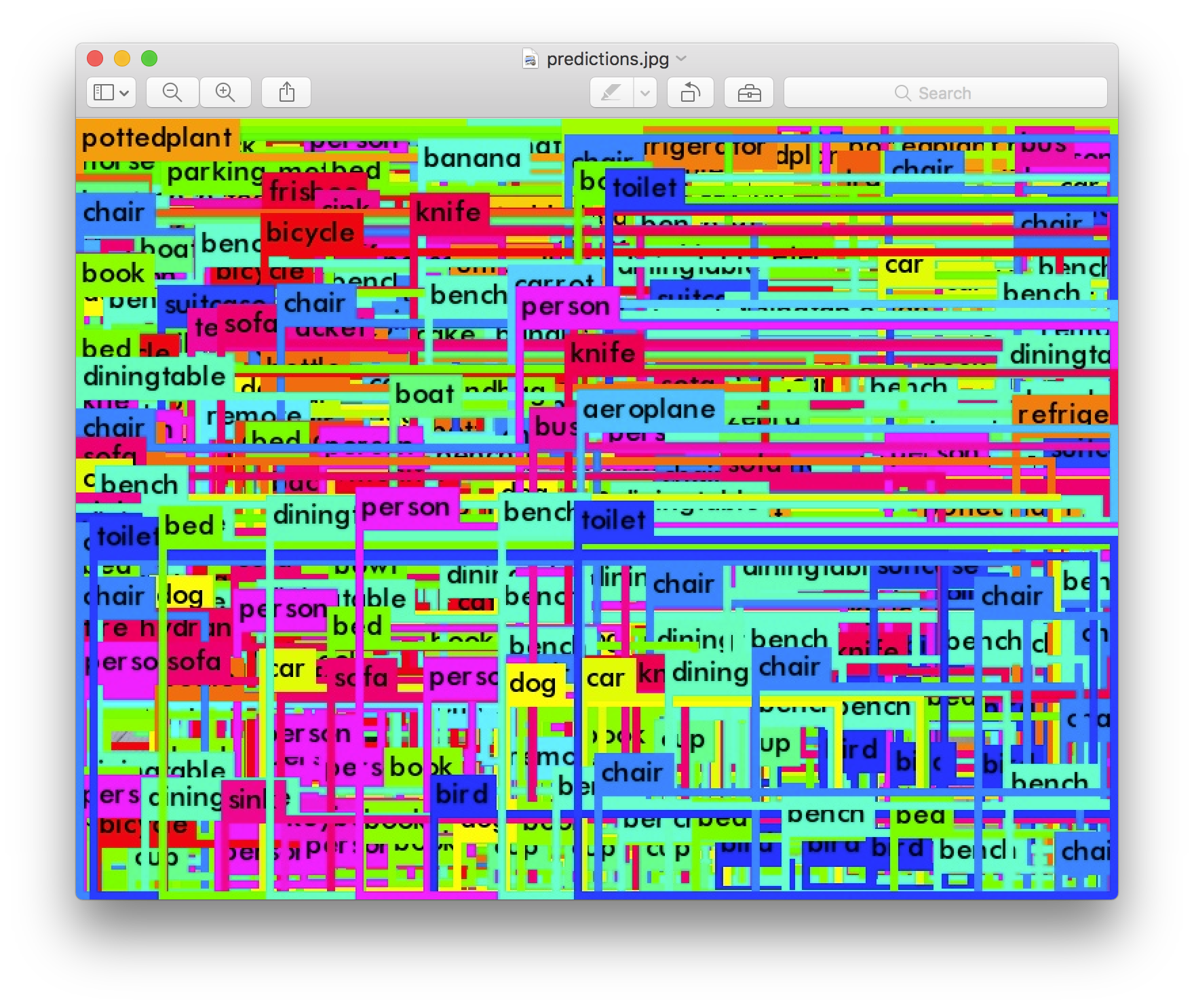 So that's obviously not super useful but you can set it to different values to control what gets thresholded by the model.

Tiny YOLO is based off of the Darknet reference network and is much faster but less accurate than the normal YOLO model. To use the version trained on VOC: 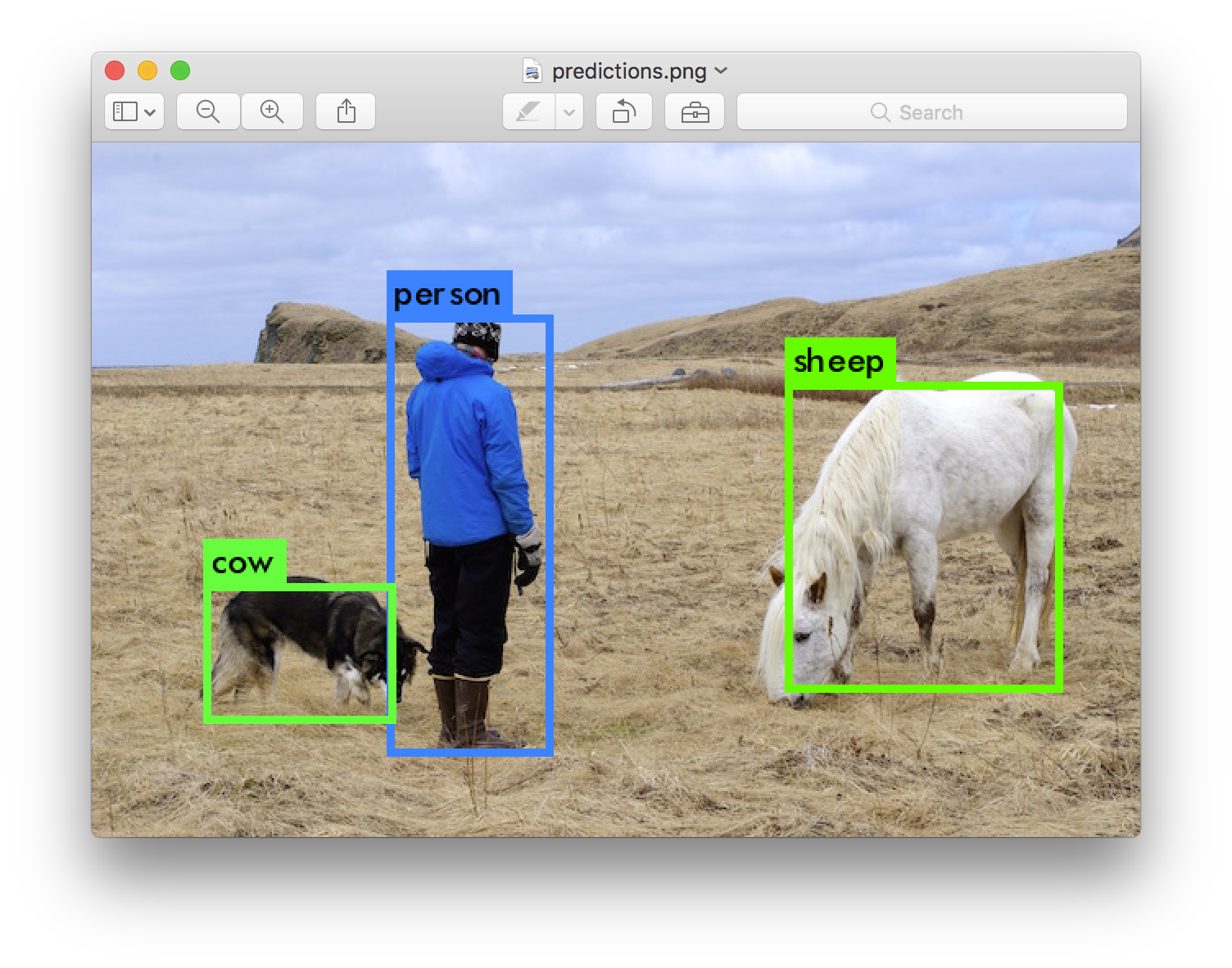 Real-Time Detection on a Webcam

Running YOLO on test data isn't very interesting if you can't see the result. Instead of running it on a bunch of images let's run it on the input from a webcam!

To run this demo you will need to compile Darknet with CUDA and OpenCV. Then run the command:

YOLO will display the current FPS and predicted classes as well as the image with bounding boxes drawn on top of it.

You will need a webcam connected to the computer that OpenCV can connect to or it won't work. If you have multiple webcams connected and want to select which one to use you can pass the flag -c <num> to pick (OpenCV uses webcam 0 by default).

You can also run it on a video file if OpenCV can read the video:

What Happened to the Old YOLO Site?

If you are using YOLO version 1 you can still find the site here: http://pjreddie.com/darknet/yolov1/